This video shows three weeks from our window in seven minutes and 200 MByte. I did it with an old Sony Android phone, a Raspberry Pi and some beautiful Open Source Linux software magic, including bash scripts, Image Magick, ffmpeg and stuff. Old school, I know, but I really liked finding out how to automatically sort out the blurry ones and add the fade-in and fade-out. Yes, if you know how to do it it’s all simple, but I love to learn things, even at my age.

Fun Fact: The footage contains the last two weeks of the Corona lock-down and after that the arrival of the tourist boats. The last third of the timelapse has our (second) museum ship being towed to the dock (on the left), the nasty speed boat junkies curling the water and the white “Strudelfahrt” tourist boats coming to Wurschtkuchl again. Mind the skies void of chemtrails, how awesome is that – why did our gov’t stop that :-))) ? And I love how the Yucca palm “grows out of the picture after we closed the window. Can you spot it?

As far as I can see, this little project is WIP. I did some interesting things to get rid of the little flickers and other stuff (you’d be surprised what you’ll find on photos taken every five minutes), and I guess the video will continue to improve and get longer. 🙂
One next step is a mobile version of that stuff, with a battery pack and stuff. Why? Just for fun, of course. 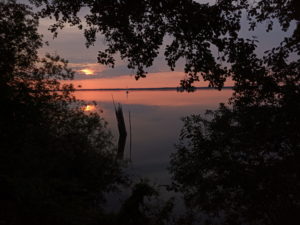